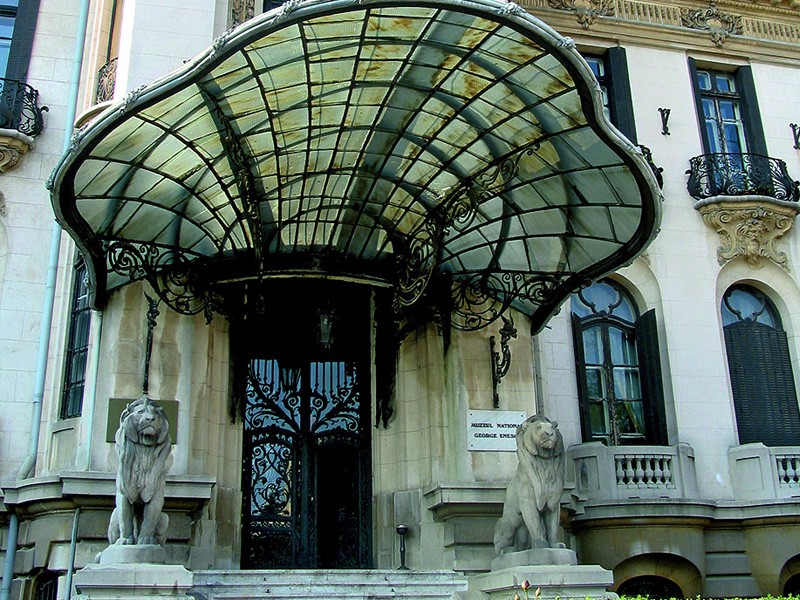 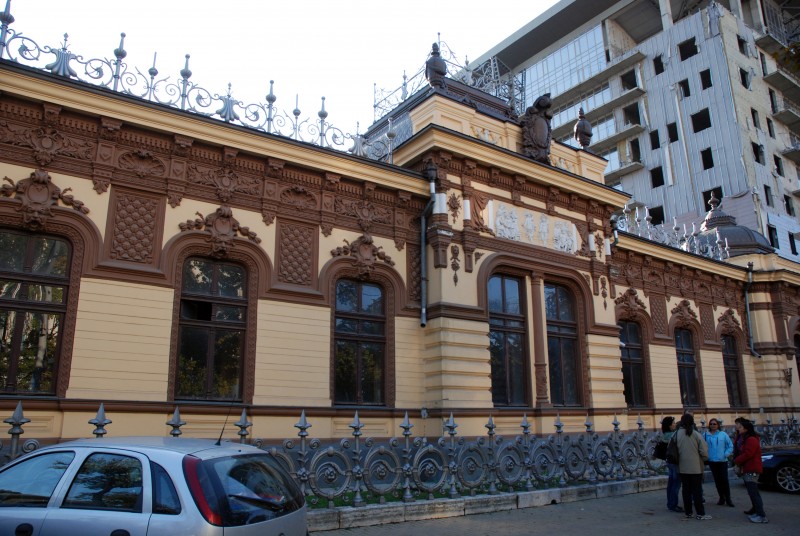 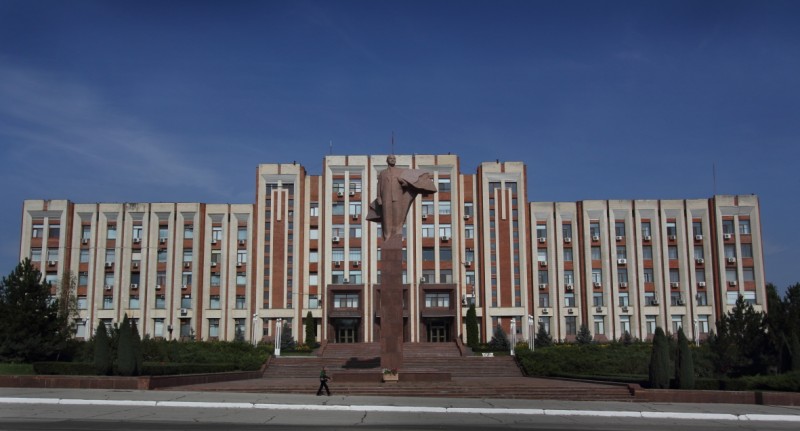 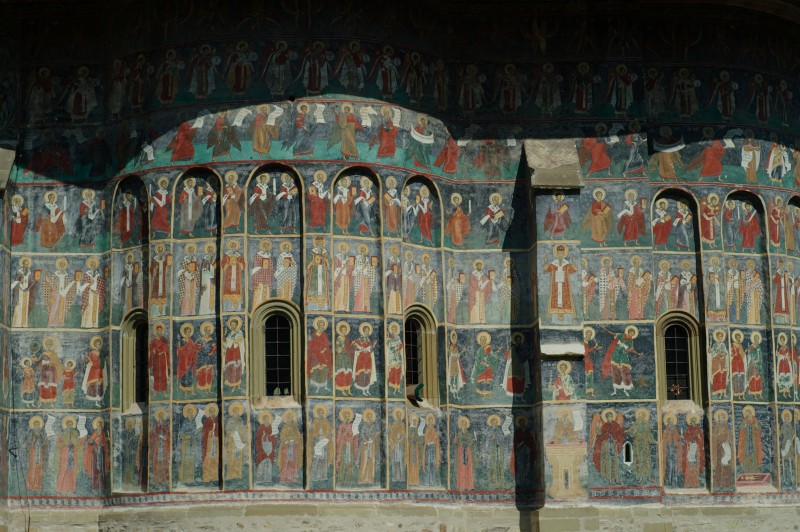 Arrival to Bucharest, Romania and further departure to Brasov.

If time allows we shall stop in Sinaia to admire from outside the famous Peles Castle – former summer residence of the Hohenzollern King’s family in Romania, built in 1875 and the most beautiful in the S-E of Europe. The Castle was designed in the Neo-Renaissance style, first by German architect Wilhelm Doderer and later by Johannes Schultz (1876-1883). Peles Castle has over 170 rooms, unlike Pelisor Castle which has only 70. Worthy of mention is the fact that Peles Castle is the first European castle entirely lit by electrical current.

At the famous Dracula’s Castle from Bran, lots of tourists hope to see for a second the shadow of the feared vampire. This fortified Castle, designed in the Gothic style (14th century) was used during the middle Ages as a defense against the Ottomans raids.

Accommodation in a 3* Hotel downtown Brasov. Dinner in one of the famous restaurants of the city. 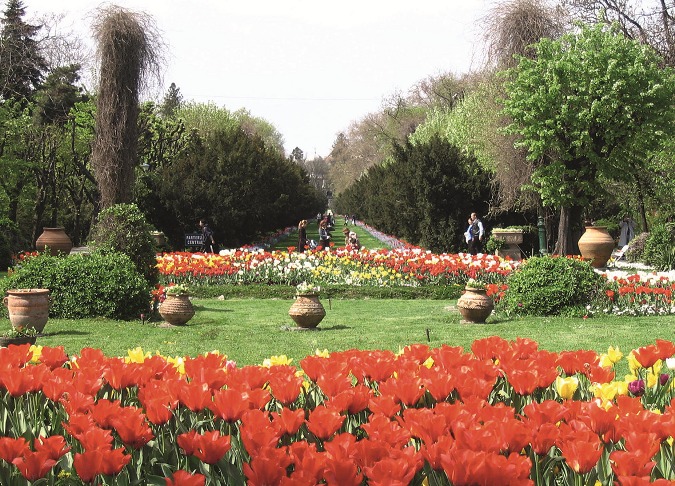 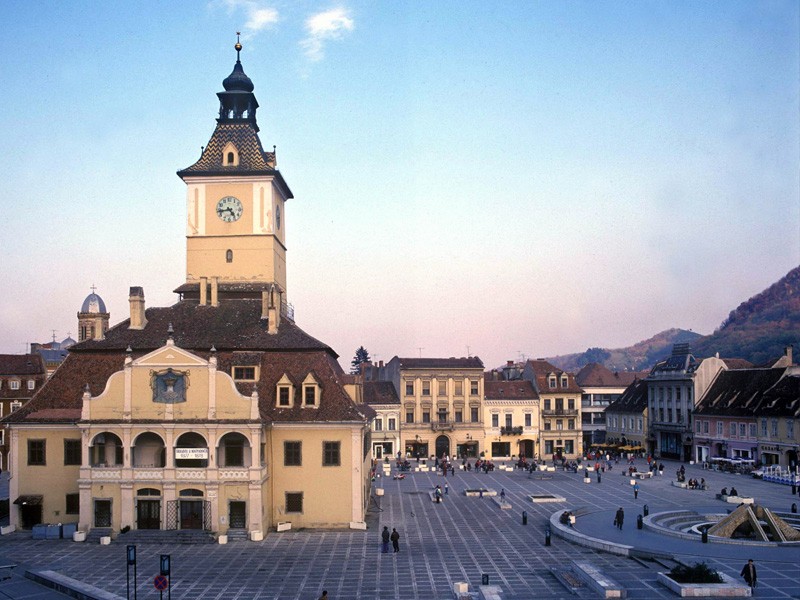 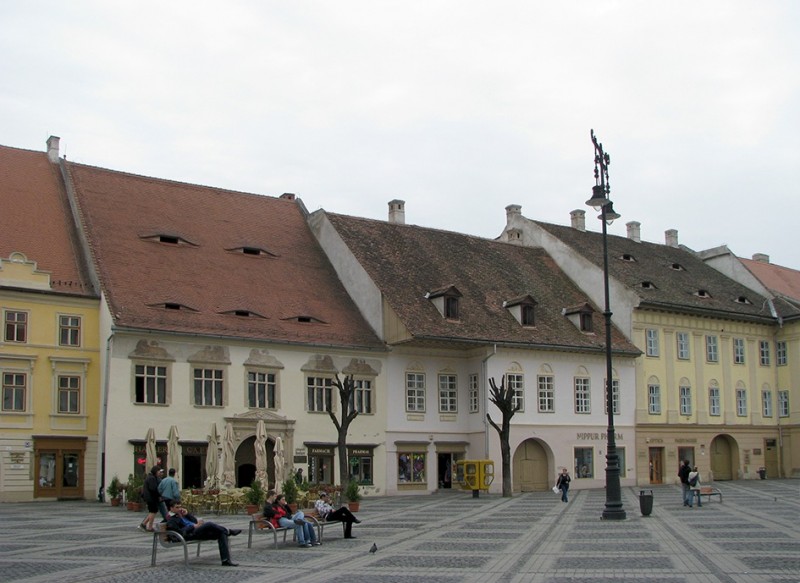 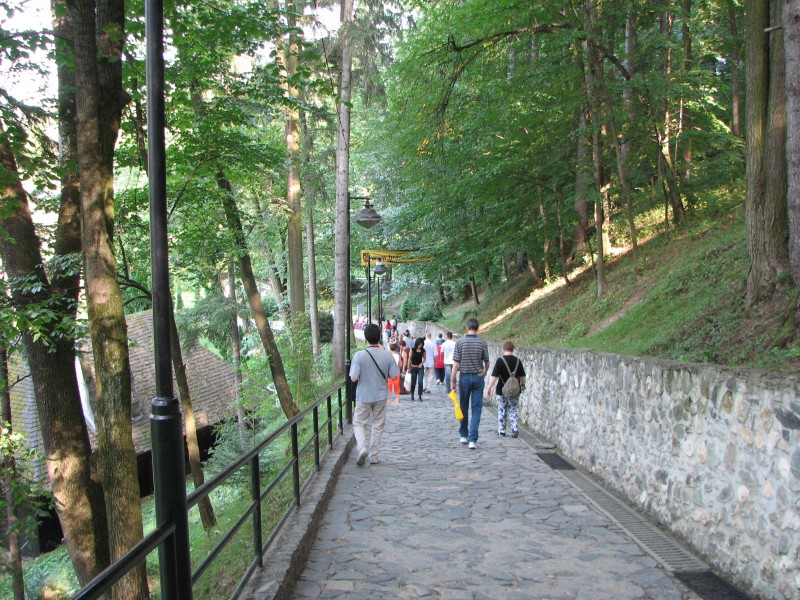 After breakfast – city tour of Brasov. We will visit the Black Church which represents the most ample and important monument in Gothic flamboyant style in Romania. Piata Sfatului is a marvelous, theatrical space which is often used for concerts and festivals. We will walk through the center and the Schei District that is said to be the oldest part of Brasov.

Further departure to Sighisoara. On the way we will stop in Viscri, the village where Prince Charles has several houses, and have lunch here. Viscri is best known for its highly fortified church, originally built around 1100 AD by the Szecklers. Currently, a group of six former Saxon and one Székely villages is listed as a Unesco World Heritage Site. The Saxon villages – Biertan, Câlnic, Dârjiu, Prejmer, Saschiz, Valea Viilor, Viscri.

Continue to Sighisoara, the most beautiful medieval citadel from Eastern Europe. One of its most famous attractions is the Clock Tower (Council Tower), built in the 14th Century. This was the control tower of the main gate of the 2,500 foot long defensive wall. Highlights include: Guild Tower, Venetian House (built in the 13th Century), Vlad the Impaler (Dracula) House, Antler House, Wooden Covered Staircase, Hill Church. 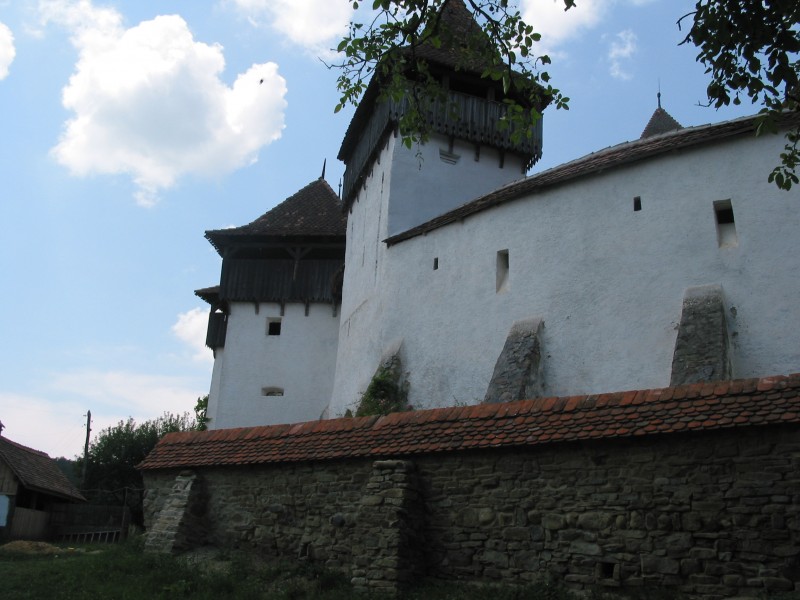 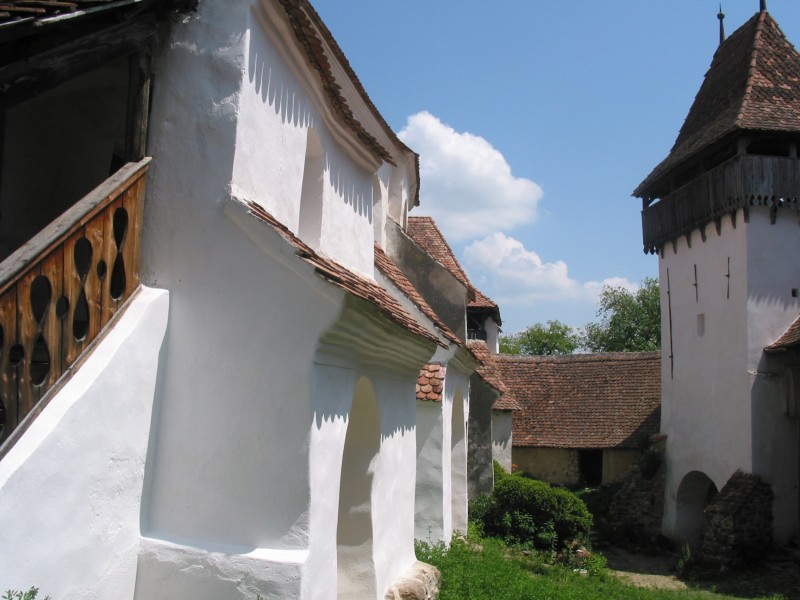 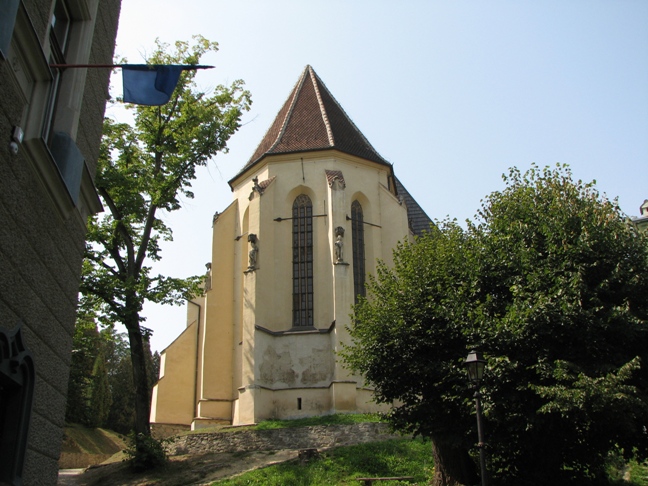 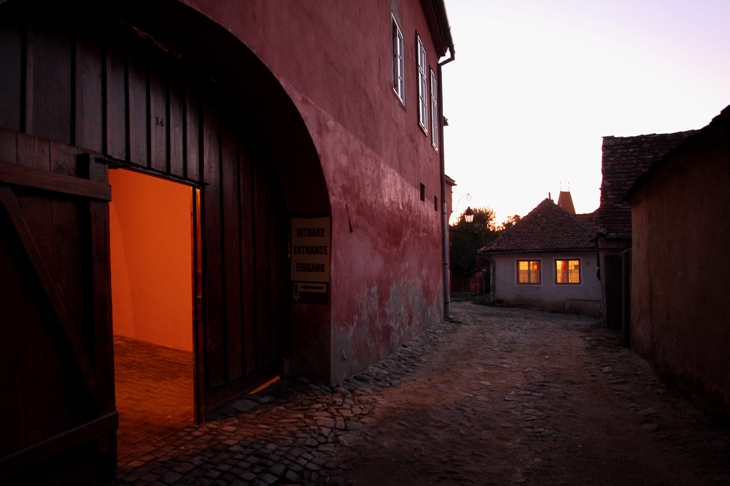 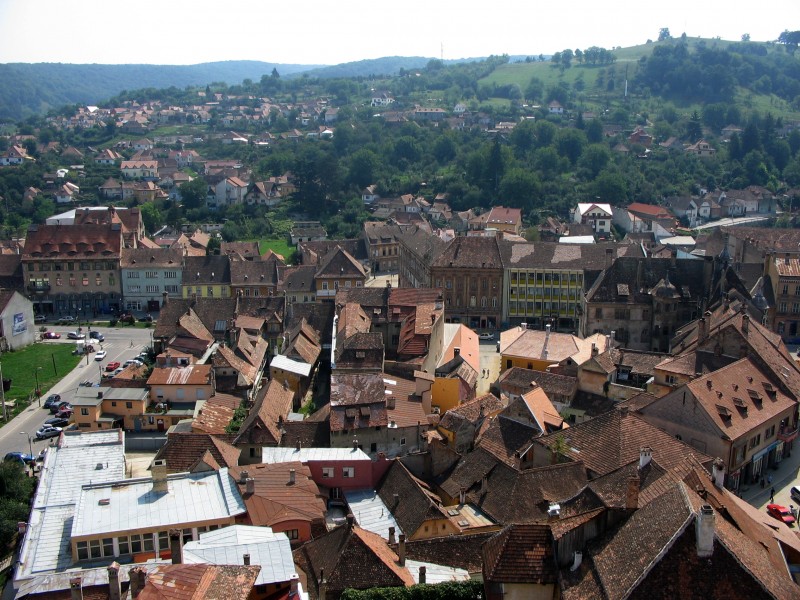 We will drive through the Hungarian villages, famous for their particular type of gates. Next stop will be in Bicaz Gorge (very scenic drive) who makes the connection between Transylvania and Moldavia.

We will see the Murder Lake (or Lacu Rosu), a wonderful natural beauty.

Continue to Bucovina, renowned for the unique, colorful exterior frescoes on the walls of its UNESCO World heritage monasteries.

Visit of Neamt Monastery, one of the most beautiful monasteries build during the reign of the greatest Moldavian Prince – Stephen the Great. “Painted Churches” is the term used to refer to churches which are frescoes on the outside. The churches were covered in paintings from top to bottom.

Arrival in Gura Humorului and accommodation in La Roata Pension. Dinner on your own. 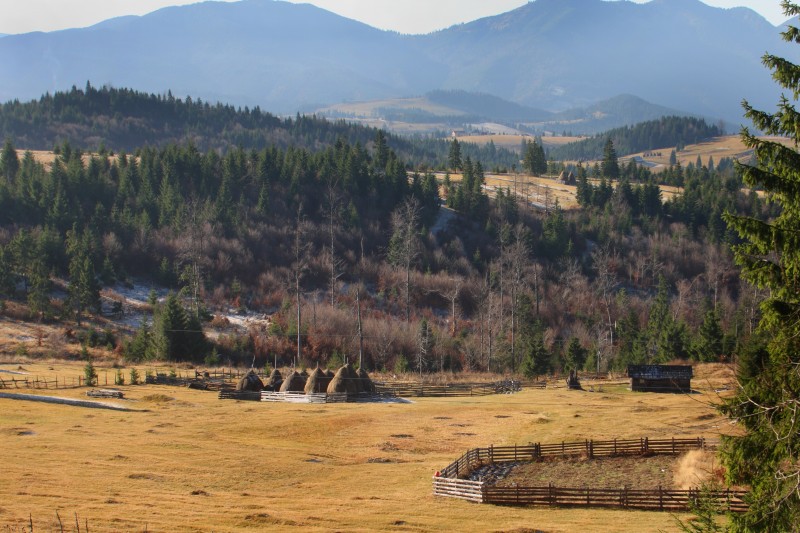 Day dedicated to monasteries. You will also enjoy the traditional life and see some items of black pottery. Before going to Moldovita Monastery we will see the house of a local artist and find out how the painted eggs are made and what are the symbols used to manufacture these eggs. The church of the Moldovita Monastery, a religious settlement founded in 1532 belongs, together with the Voronet, and Sucevita monasteries, to the same famous family – the phenomenon known under the name of the exterior Moldavian painting. The Monasteries have the aspect of a fortress, with imposing towers and high, thick walls.

Lunch on the way. Visit to Sucevita Monastery, the largest monastery complex in Bucovina, with its outstanding and rather sobering Staircase of Virtues fresco. If time allows, visit of the outside painted monastery from Voronet, one of those five monasteries of the Unesco Heritage. Voronet is said to be the most
impressive of them all, as it displays a special color, the Voronet blue, which is considered an original color, next to Tiziano’s red and Veronese’s green. Arrival back in Gura Humorului, free time and dinner on your own. Same accommodation. 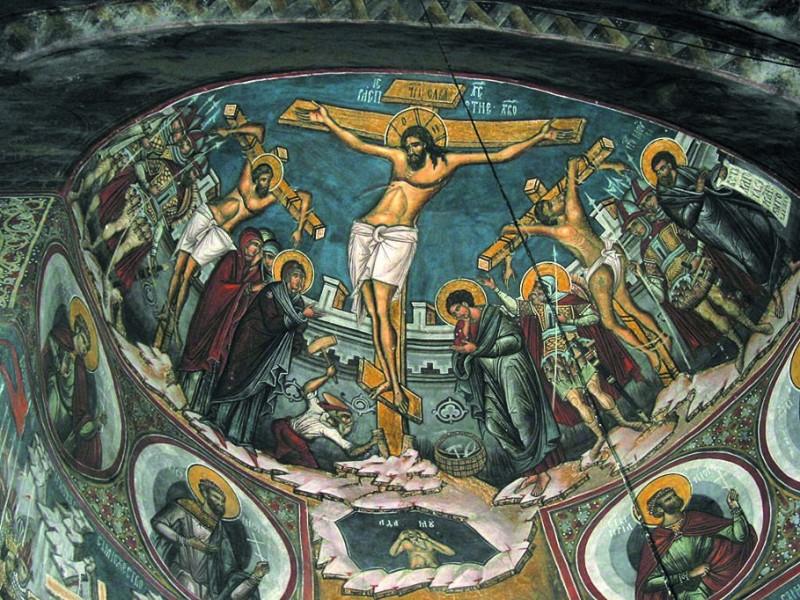 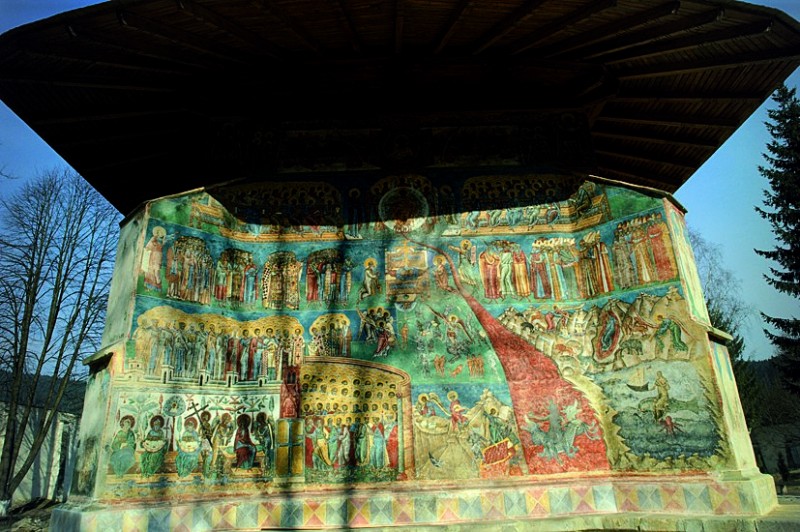 IASI is the most important historical, economic, and cultural center in Northeast Romania. City tour and visit of the Metropolitan Cathedral, Culture Palace etc. The city has the oldest Romanian university and accommodates an annual count of over 60,000 students in 5 public and 3 private universities.

Lunch on your own and free time.

In the evening! Surprise! In a monk monastery we will enjoy a blessed wine… and have the opportunity to hear Byzantine church music sang by a student’s choir from the Theological University of Iasi. Dinner in the monastery. Overnight in the Astoria 3* Hotel. 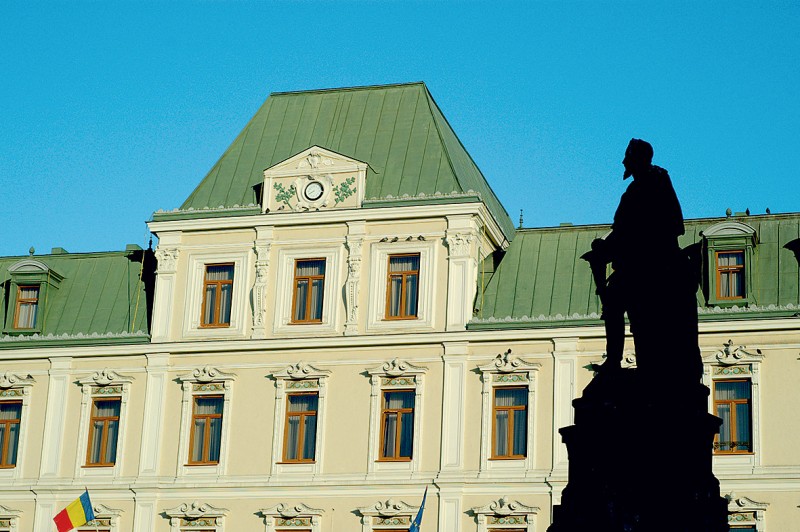 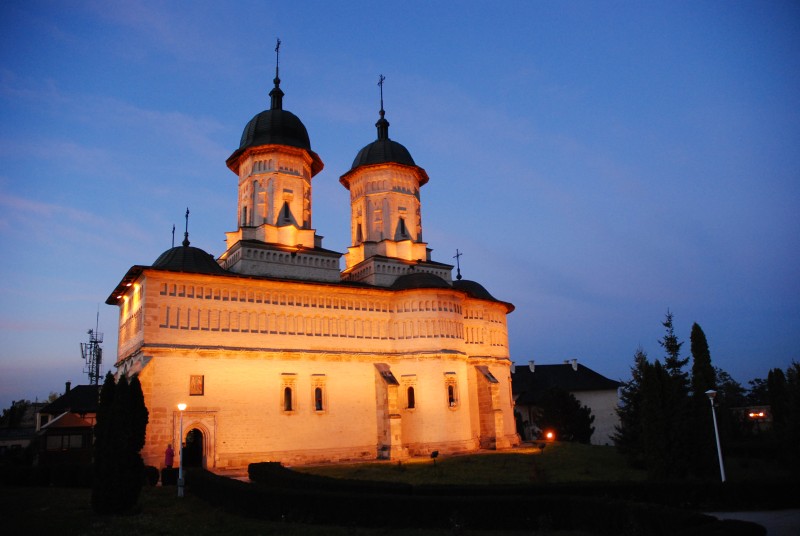 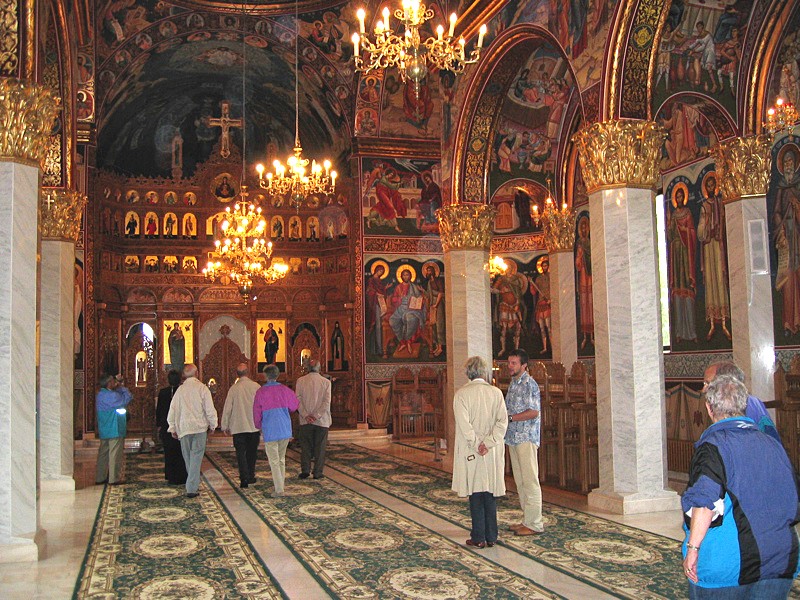 After breakfast, we leave Iasi and Romania and we start our adventure in Republic of Moldova. First town to be visited will be Soroca, known for its sizable Roma minority. On arrival to Soroca you’ll visit the fortress – a unique monument of defensive architecture of Europe. The largest Roma communities in Moldova can be found in Soroca, Otaci, Vulcanesti, and Huzun (Straseni). Soroca has the largest community and is also home to the regional Gypsy king, a friendly and charismatic leader, who proudly shares his community’s culture and traditions with others. One of the most interesting “points of tourist attraction” that may visit any Romascani passionate, walking on hiking trails, is be the famous “Gypsy Hill” from Soroca. Lunch in Soroca.

Arrival in Chisinau, Republic of Moldova. Accommodation in Hotel Flowers Best Western Hotel. Dinner on your own. 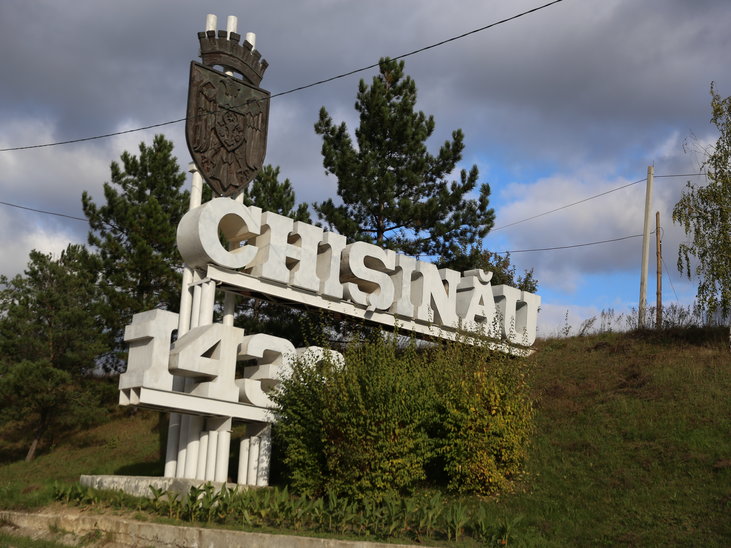 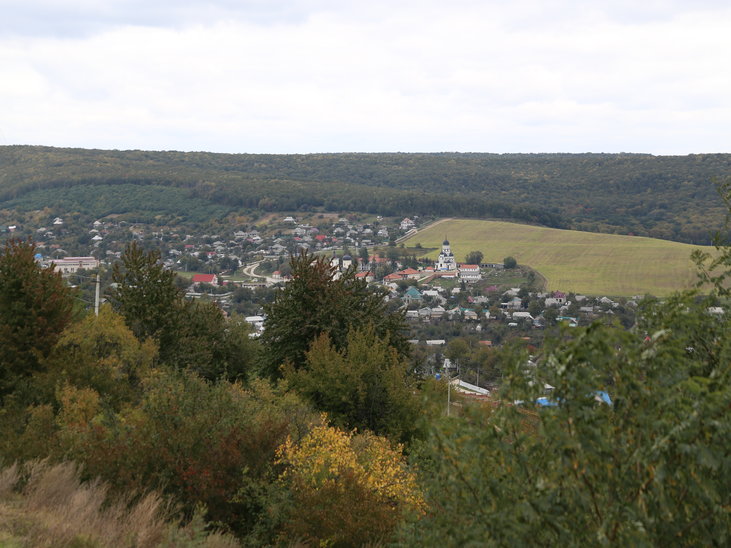 After breakfast we will visit Old Orhei – a museum complex that presents the remains of different civilizations established between the Nistru and Prut rivers. An Orthodox cave monastery called “St. Maria Dormata” was expanded and modified inside the cliffs by the monks over the centuries and has been preserved in a functional state.

Next stop – the Curchi Monastery, the real pearl of our religious life. Here you’ll visit some churches, and among them – the “Virgin’s Assumption” Cathedral, built by the drawings of genius architect Bartolomeo Rastrelli.

For lunch we will stop at one of the biggest underground wine cities from Europe “Cricova” – opened in the ‘60 – mainly the only good thing left after the soviets. Wine tasting+lunch. Cricova boasts nearly 120 km of underground tunnels that are large enough for vehicles to drive through.

Arrival in Chisinau and accommodation in Hotel Flowers 4*.

If time allows we shall do a walking city tour of the capital of Republic of Moldova. The biggest part of Chisinau sights are concentrated around the city’s main avenue that commemorates the name of Moldova’s greatest king Stefan cel Mare, whose merits for this country and nation cannot be doubted: The Organ Hall, The Chisinau City hall,The Cathedral Complex, The House of Government.

Dinner on your own. 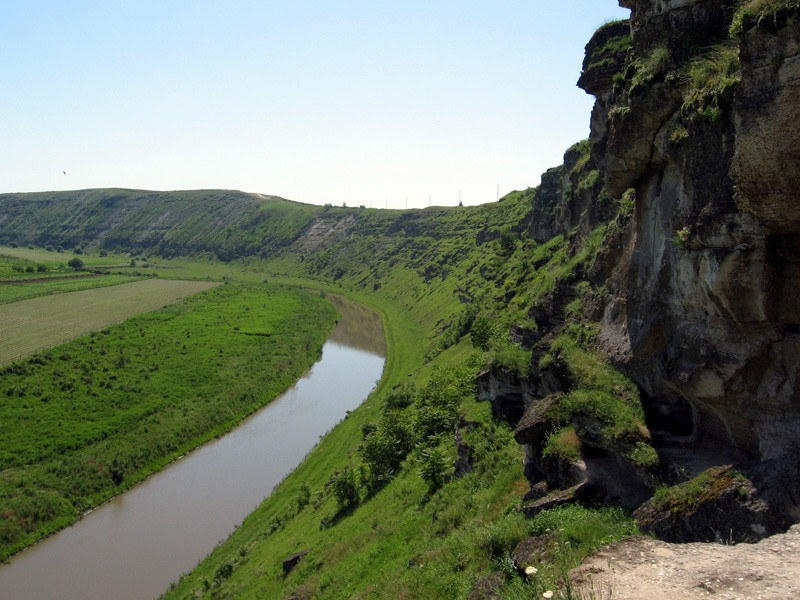 Today we invite you to discover TIRASPOL (capital of Transnistria) – the old USSR is still alive and well in Transnistria. During the city tour we will stop at different monuments in the city and if time allows – visit to the museum dedicated to the Transnistrian conflict.

Afternoon departure to Et Cetera winery. Here we will have nice lunch and then enjoy its wonderful wines. The winery was built in 2009 and at the moment is surrounded by 50 ha of vineyards, giving a picturesque view to the visitors.

Accommodation in Chisinau, same hotel. Dinner on your own. 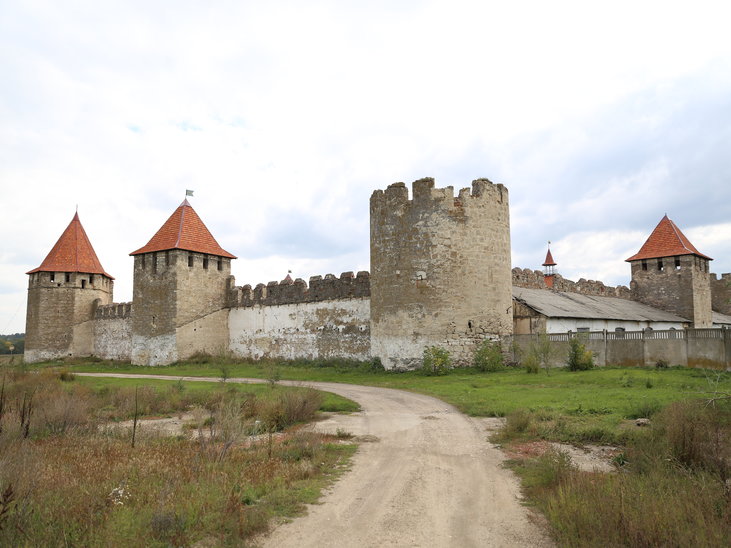 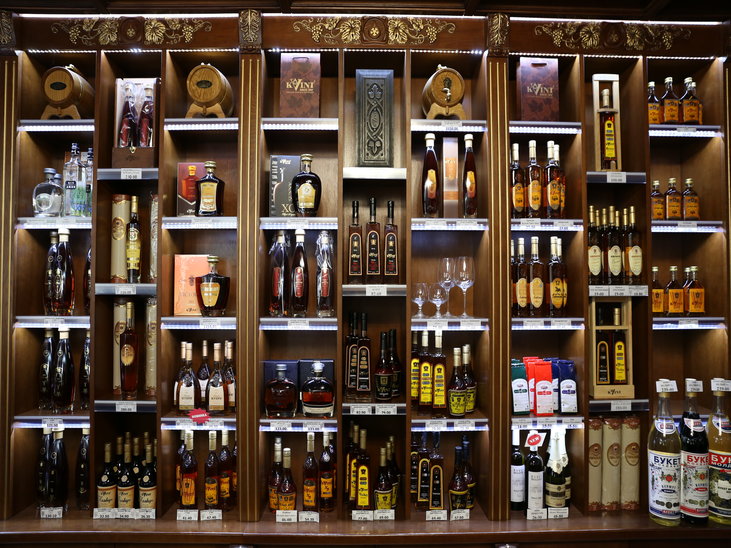 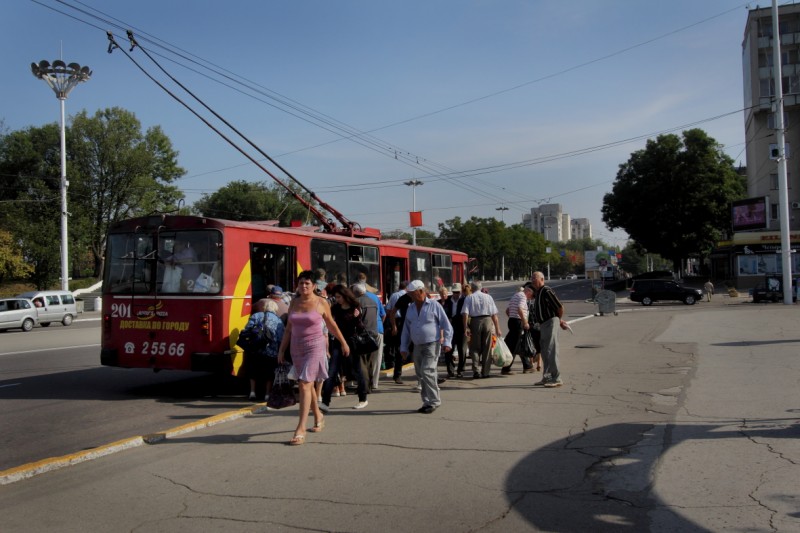 Gagauzia. After breakfast you will be taken to Comrat, capital of Gagauzia. The Autonomous Territorial Unit Gagauzia, a region consisting of 4 noncontiguous parts, is situated in the south of Moldova with 150.000 inhabitants, 26 communes, including the capital city Comrat and the towns Ceadir-Lunga and Vulcanesti. Gagauzia is a small Turkic community in southern Moldova who has adopted Orthodox Christianity. The tour about Comrat includes: the Monument dedicated to the Afghanistan Heroes, the Monument of Lenin, the Cathedral “Saint John”, Ethnographic Museum of Comrat city, the Turkish Library, “Bashkanat” – the Government building, Comrat State University, etc. Next stop – visit to “colhoz” – a type of run by state farm, have lunch, and experience the old communist life. The “Victory” collective farm was founded in 1947 and now is the leader in producing and exporting fruits and vegetables in the southern area of Moldova. It is the only surviving collective farm after the collapse of USSR. Return to Chisinau. Free time for last shopping and same accommodation. Dinner on your own.. 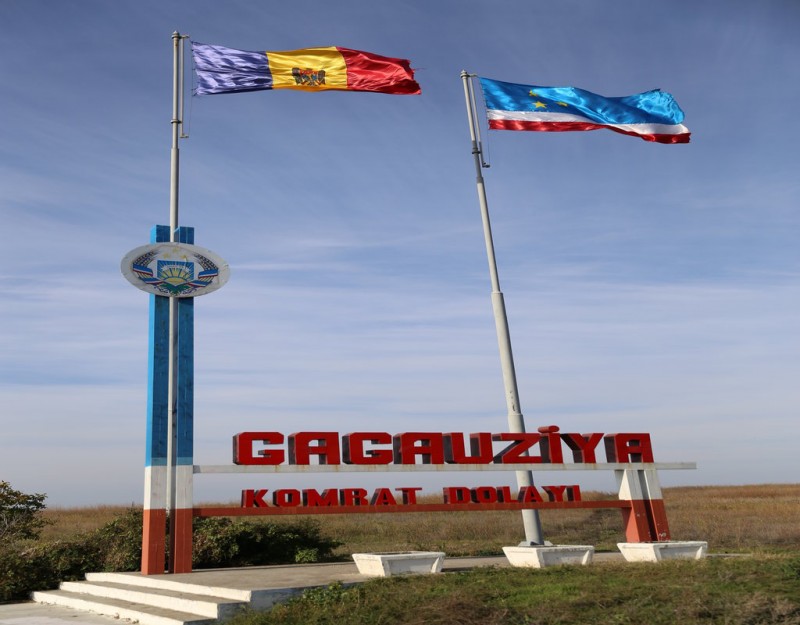