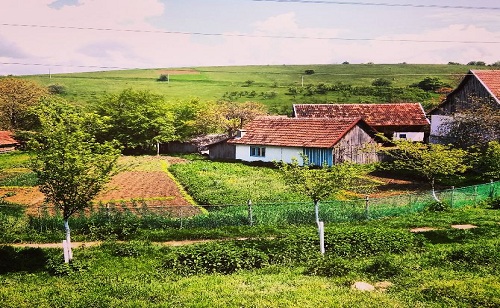 From the province of Moldavia, head westward along a good, but mountainous, road to Romania’s most traditional region, Maramures. The drive takes about five hours with no stops, but this is virtually an impossibility, especially for photographers. Picturesque villages (notably Ciocanesti, whose houses covered with painted flowers and geometrics make it arguably Romania’ s prettiest village), spectacular mountain scenery and a unique museum smack in the middle of nowhere The Museum of the Tree Roots (Muzeul Radacinilor) with a bizarre exhibit of figures sculpted from tree roots all beg inspection.

Gawking becomes even more demanding once Maramures is reached. At Mosei, turn left toward Bistrita, then right after a few miles toward Sacel and Sighetu Marmatiei, the principal town. (Sighetu also can be reached by continuing straight at Mosei, but the lower road passes through the region’ s most traditional villages.) From Sacel on, each village offers its share, and more, of wooden houses, many with sculpted designs on balconies and around entrances. Then, there are the towering carved wooden gates, attached to fences half their size, rising before even modest dwellings. Popular motifs include grapevines, acorns, twisted rope, sun symbols, crosses and forest animals. The villages of Barsana and Oncesti have, perhaps, the greatest number of impressive gates.

Maramures is the land where the way of life has changed little over the centuries. In late afternoon, old women sit outside their gates coaxing coarse wool onto spindles. Many still favor traditional dress, meaning white frounced blouses, striped woven panels covering full black skirts, headscarves and “opinci”, a sort of leather ballet slipper from which heavy yarn criss-crosses over thick socks. On Sunday, such dress is practically de rigueur, even for little girls.

Hardly a village lacks its own small wooden church dating to the 17th and 18th centuries. These are exquisite, high-steepled jewels with multiple gabled roofs, all of a pattern yet each distinctly unique. Seeing at least a few interiors is a must as many frescoes remain in good condition. If time is limited, the interiors at Ieud, Bogdan Voda and Poenile Izei are recommended. The latter depicts some highly original torments for such sins as sleeping in church. Although churches are usually locked, ask any passerby for the key-keeper by pointing at the door and saying “cheia” (pronounced kay-ya), meaning the key. Romanians are extremely kind and friendly and will be sure to help. While the main tourist activities in Maramures are gate-, church- and people-viewing, the town of Sighetu Marmatiei has a few attractions worth visiting. The outdoor village museum, on the road into town, boasts dozens of homes and farm buildings assembled from around Maramures county. Even Oncesti wooden church has been relocated here.

For a look at Romania s more recent past, an hour spent at Sighetu’ s Museum of Arrested Thought is instructive. Though only a block or two off the main street, it is not easy to find. Ask for the “Muzeul Inchisorii” (pronounced moo zow ool un kee swah ree), meaning prison museum. Although built in the days of Austrian-Hungarian rule, the Communist regime utilized the prison for opposition leaders and intellectuals. Three tiers of cells and various exhibits may be viewed; an English-speaking guide is available. An old synagogue (currently under restoration) and the childhood home of author Elie Wiesel (not open to the public) also are in Sighetul Marmatiei (Sighet for short).

No trip to Maramures is complete without a look at the Merry Cemetery of Sapanta, a 20-minute drive from Sighet. Here, colorful folk art pictures and witty words carved into wooden headstones immortalize the deceased’s foibles, occupations or family problems. No translations, but the pictures tell much of the story. An old woman bakes round loaves of bread, a young person bends in scholarly fashion over his books, one man is shot by soldiers while another tends his flock of sheep.

Beauty assumes many forms. For most travelers, the enduring traditions of Maramures and the magnificence of Bucovina’s painted monasteries will define two of them.

by Joyce Dalton
This section is courtesy of Travel Lady Magazine